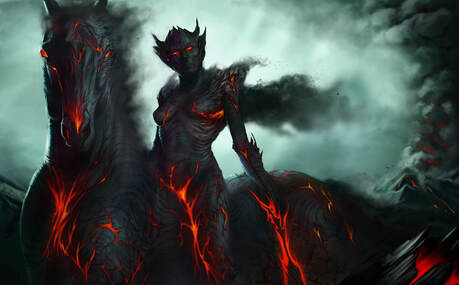 Demons are the disembodied spirits of hybrid supernatural creatures; humans and animals. These include the Giants of Genesis and all other creatures that they violated.
Demons and very ugly and bad smelling creatures; and exist in a spiritual plain. They possess bodies that can materialized only through certain rituals among certain types of spirits. They are made up of frequency and energy and can therefore travel through certain frequencies, or interfere with frequencies; TV, Radio, Phone etc.
This is why in paranormal investigations or even normal paranormal activities, the TV or Radio would get signal interference.
There is a creature that we call a "Moose" in my country. It is a demonic creature that is made by using an Easter Egg. They would put the Egg under their armpit, and live it there for 21 days. [that is after they recite their incantation  prayers].
They say that when the Egg hatches, the person has to speak before the Creature speaks. The person has to first tell the creature that it is a slave and he (the person) is the master. They should also tell it what it will be fed.
If the creature speaks first and say that it is the master, then it will control the person who made it.

These are Eggs that have been laid on Easter day. Remember, Easter celebration is a pagan celebration. It is a Roman Catholic feast, in celebration of Ishtar, the goddess of the East.

I believe on that day, there are specific spirits unleashed and they can perform miracles. So instead a chicken in the egg, a demon creature would be hatched.
When they have control over the creature, it will do all the master's bidding.
It will get money, and all what the master command them to get. Gold, jewels; sort of like a Genie.

How is that possible? The Demons through citation of incantation prayers allows the demons to come inside the egg and use the DNA of the chicken to take on a body. 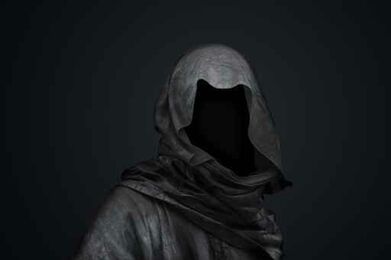 Also, Demons are bound by spiritual laws. They cannot kill or harm unless there is a legal ground, yet they attack whether there is a legal ground or not. Without legal ground or open doors, they will not succeed in their attack.
​
Demons have no mercy, love or compassion but are very wise and possesses supernatural strength and powers.  They are vicious and savages, and are ruthless bloodthirsty creatures.
Some demons are more malevolent that others, some are more conservative than others, and some are more communicable than others, yet they are all cursed creatures with one goal; that is to destroy; and this passion is beyond their control.

These creatures are categorized and have ranks; Kings, Queens, Generals, Commanders, Chiefs, Captain etc. There are also various functions and responsibilities given to certain demons based on their personality. There are Demons of sicknesses, demons responsible for dead unsaved souls, demons specifically for magical aid, religious demons, demons for protections, and the list goes on.
There are Demons that are stronger than certain Angels in Heaven, why? ranks exist in both Kingdoms. A low ranking holy Angel may have a hard time fighting a high ranking demon.
Demonic ranks are based on the blood. Pure blood Demons [those who are the actual children of the Watchers] are the highest ranks. The energy is strongest in these beings. As descendants are born going down the concentration gradient, the blood becomes weaker. The ranks of demons are known my the size and stature and the dimension in which they dwell.

Demons are NOT afraid of Crosses, or Crucifix or Statues of Mary or other Saints or Relics. They are only afraid of the power of Jesus the Messiah, through His anointed servants on Earth.