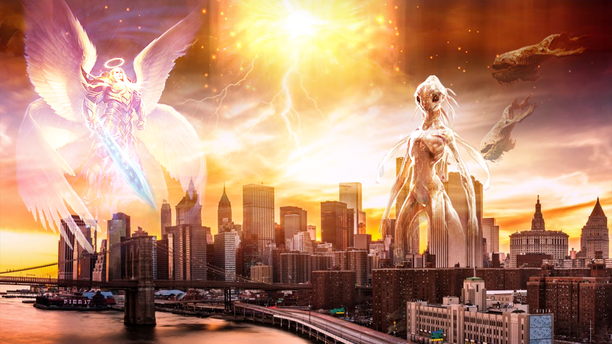 ​WHAT IS THE SPIRIT REALM

If you look at the photos, the top photo shows how we see the world; but the second photo shows how it usually looks when a demonic entity is as a stronghold over a city.